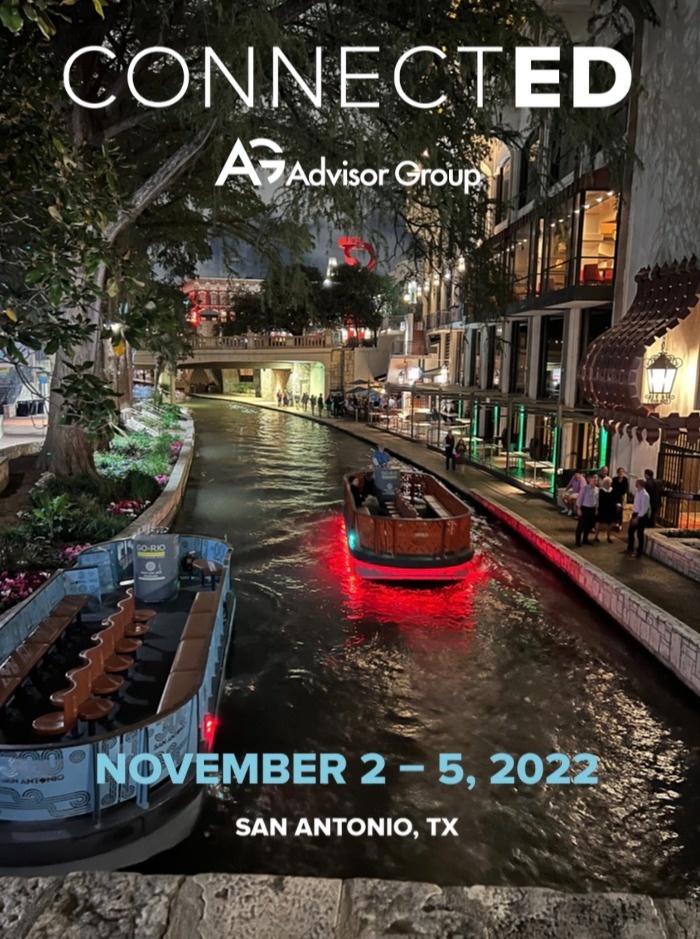 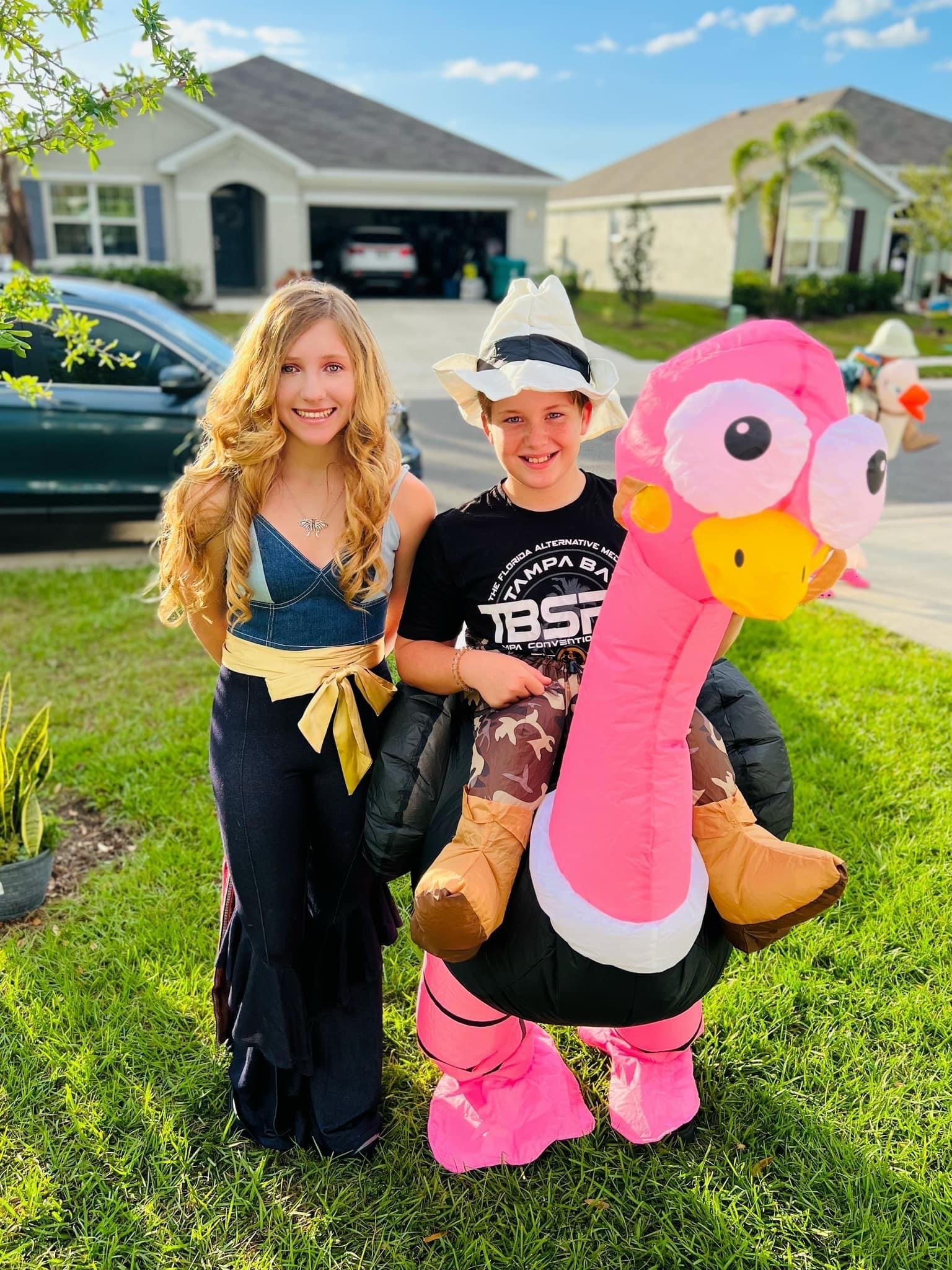 Halloween was a blast seeing my two grandchildren here in Florida, all ready to go out. A contrast in style is readily apparent! Samara dressed as Sophie from Mama Mia and Mitchell as an Ostrich wrangler. We got such a kick out of the Ostrich neck moving around as he walked from house to house. 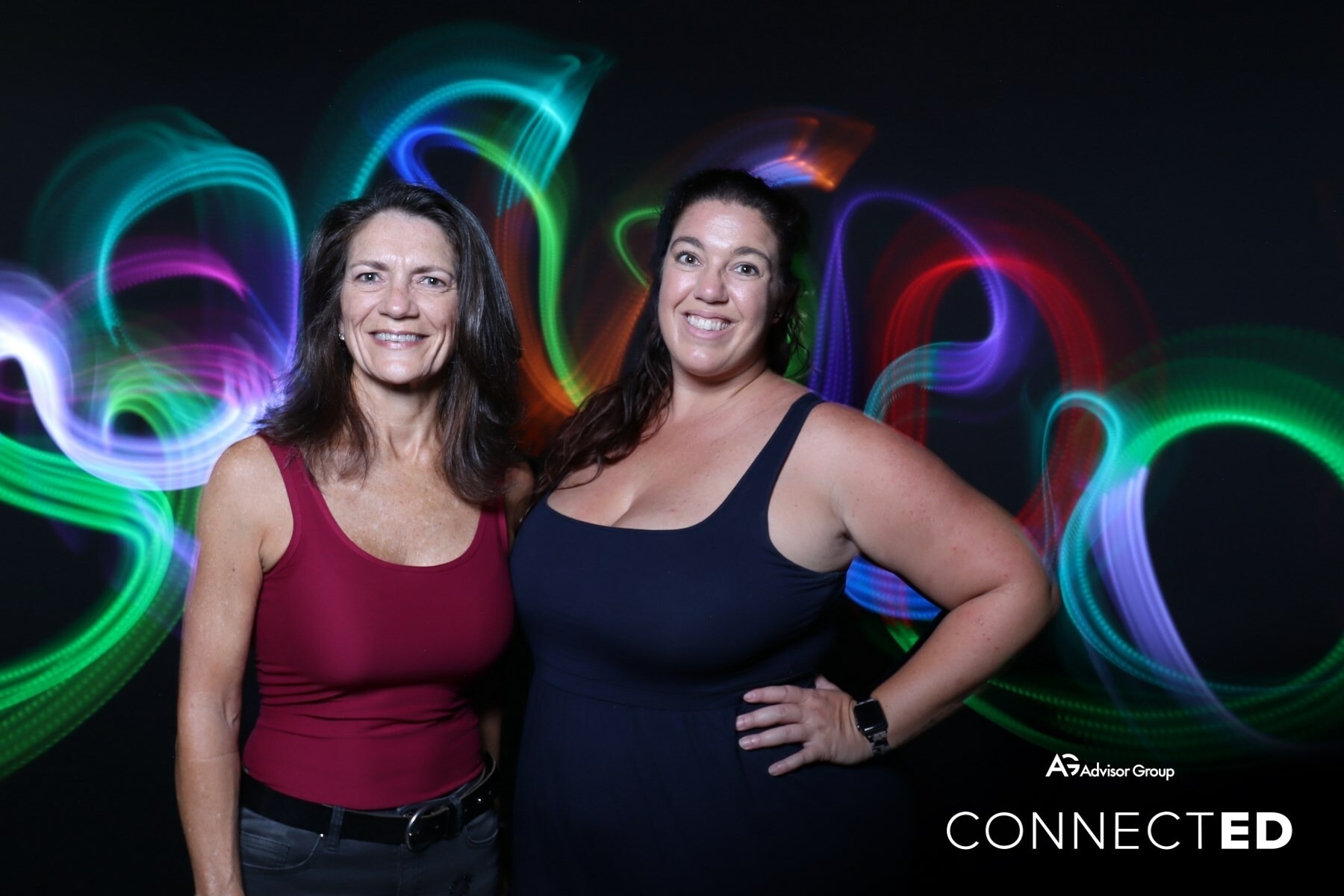 After all day classes for a week at our annual education conference in San Antonio, we got to enjoy closing dinner and activities. I can say we worked hard, and we played hard. LIFE IS GOOD! This year they had many photo booths set up for us to do fun and unique photo ops. Jennifer and I decided to try out this one, where you walk into a blackout tent with a camera inside ready to take a picture with a long exposure. We had to stand completely still once they clicked the camera, and a girl in all black and black gloves holding glowsticks, swirled them around behind us to create the light effect. The picture came out awesome! 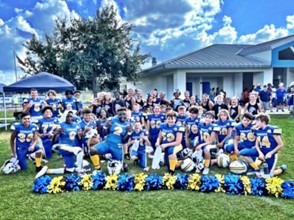 The Atkinson household loves some Charlotte Warriors football.  Mitchell (number 59, near center) is the right guard on the defensive line for the under 12-year-old team.  Garrett does the nerdy and boring back-office stuff as the team’s President.  The boys had a great year, going undefeated in the regular season, but came up just short in the conference championship game.  We’ll get ‘em next year! 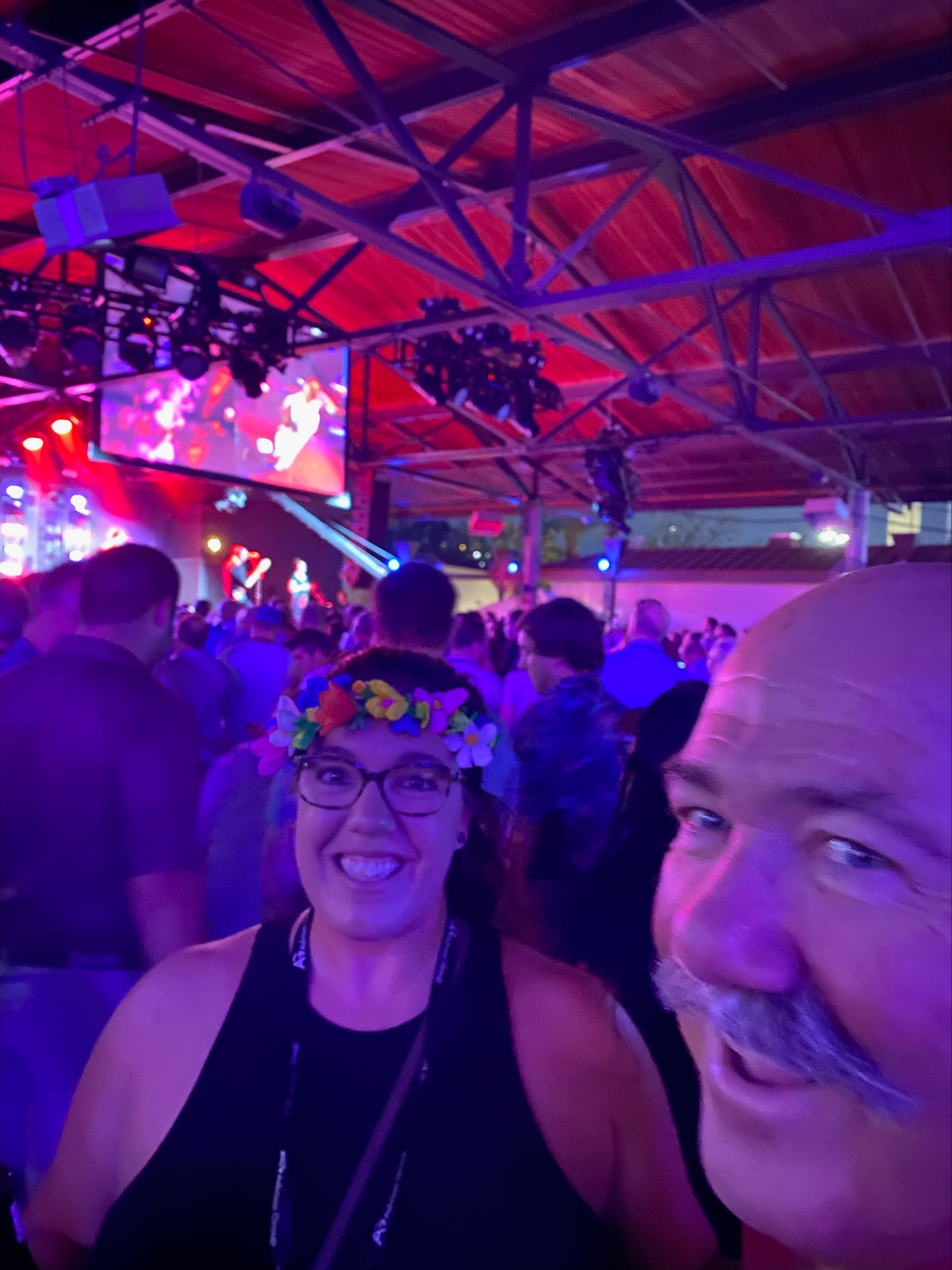 In the financial industry, we must always be up to date with new rules and regulations. ConnectED is our yearly conference that we attend to get continued education credits, learn new technology, and stay up to date. This year we all went to beautiful San Antonio, where we stayed on the riverwalk. As a team, we took as many classes as we could to continue to learn and improve, to help provide the best service to our clients.

After a week of learning, we always get to partake in a closing party. This year, they had Third Eye Blind playing a private concert for us at The Espee, which was originally named The Southern Pacific Railroad’s Sunset Limited Train Route. Over the years, it got the nickname “The S.P.” – Espee. Such a fun night in historic Downtown San Antonio!