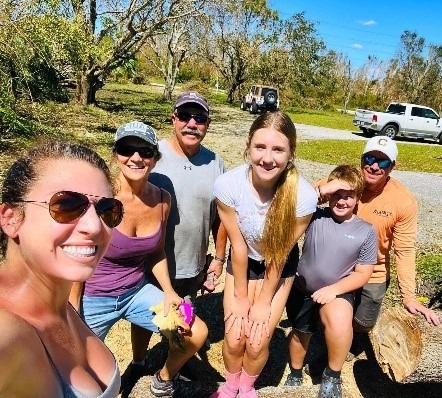 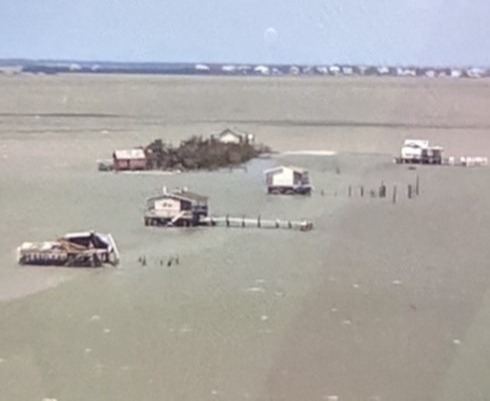 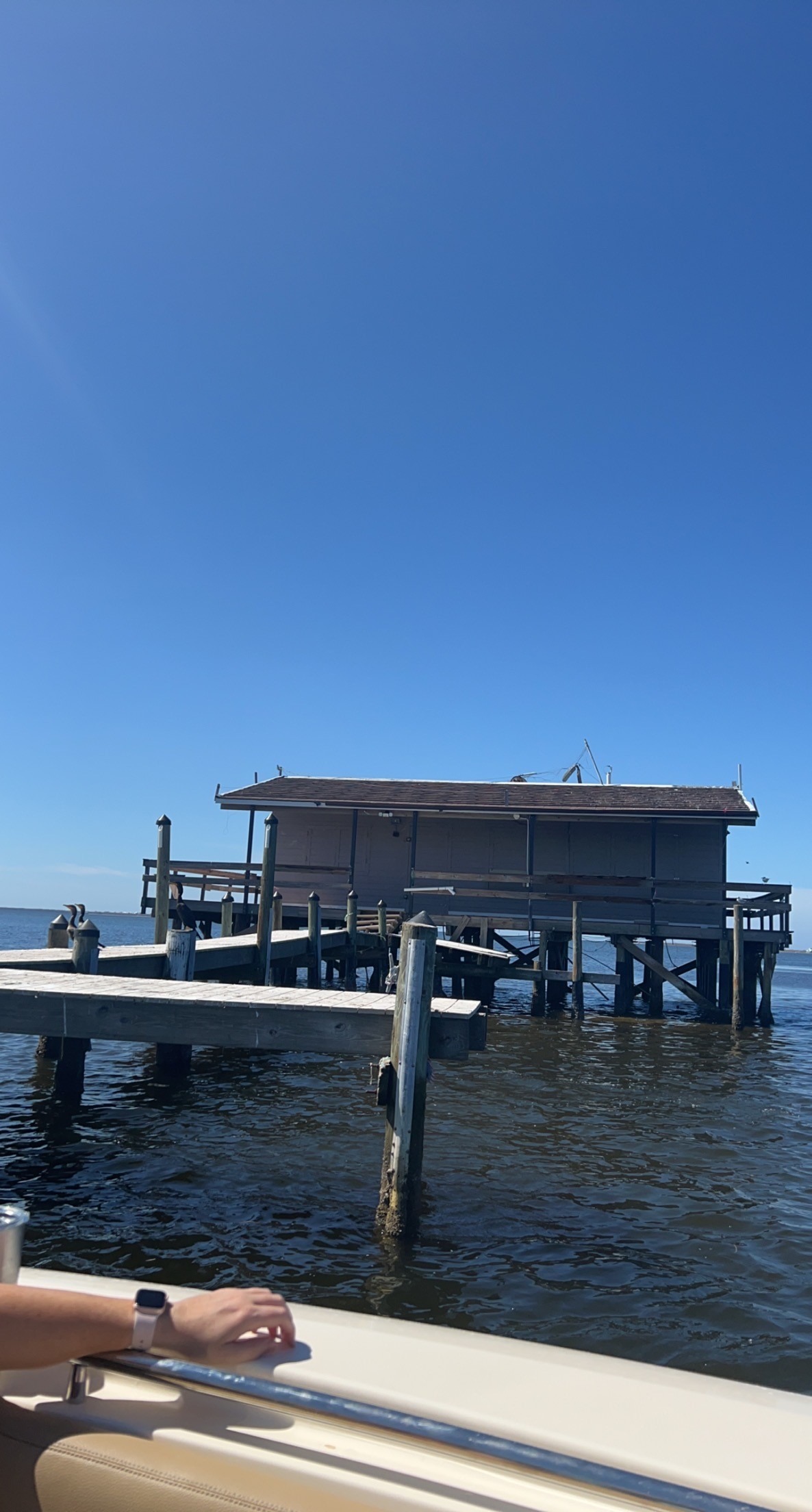 Hurricane Ian brought the eye of the storm directly over our beloved Fish Shack in Pine Island Sound.  These shacks are all privately owned today.  They are located on a few miles from Matlacha, where nearly everything was wiped out.

We did not expect them to survive this storm.  The arial photograph shows the lower left shack (south) collapsed to the floor while all the other shacks remain, damaged but still standing.  Ours is the next shack in line from the south.  We lost our grey water tank, our cistern tank, the fish cleaning table and lost quite a bit of our hardy board siding.  It appears that the dock under the stairs has been crippled.  But the Fish Shack is still standing.  No word on the conditions inside, but these are great pictures letting us know it is still standing.

We were planning to go out the weekend of the storm.  I guess we did well not going out huh? 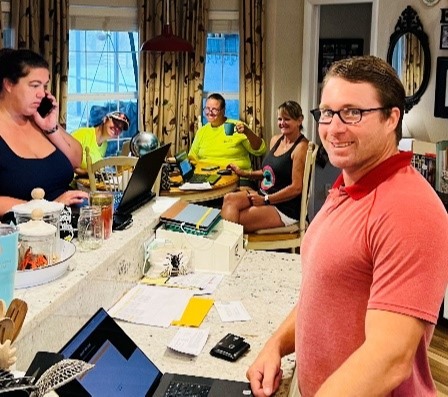 Happy Jeepers!  The lack of internet service after Hurricane Ian was not enough to stop us from signing up for Jeepin’ with Judd.  We huddled in the kitchen over a Starlink connection and the hum of a generator, thanking Mr. Musk while frantically refreshing our browsers like it’s 1999 before the mad dash to sign up for the annual event in Bartow.  We’ve attended the event for the last several years.  It’s for a good cause—the Pasco County Sherriff’s Youth Ranch—and give us motivation to turn some wrenches and conquer the trails! 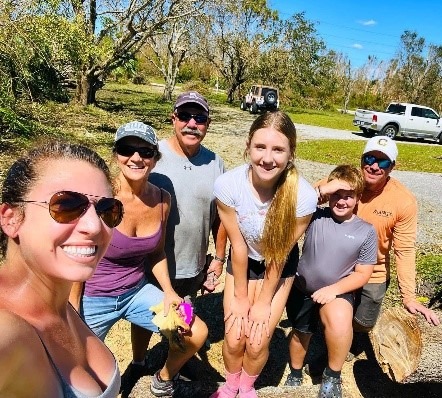 Cleanup after Hurricane Ian was overwhelming at times, but we made the best of it by working together as a family and community. Even our grandchildren put in countless hours hauling debris – learning life skills! 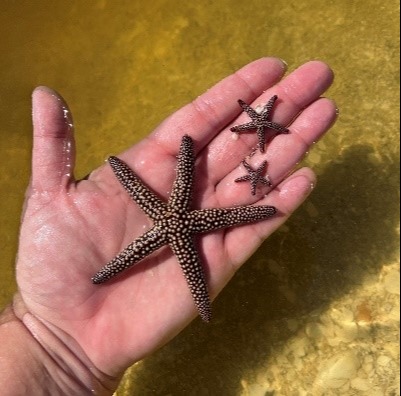 Two weeks after Hurricane Ian, Charlotte Harbor was the most quiet I have ever seen. We ventured to explore Ian’s aftermath. While navigating with missing markers and avoiding debris and sunken boats, we saw more sea life than usual – about 30 dolphin feeding, tarpon rolling, a school of redfish and stingrays, 5 manatees, and lots of starfish.